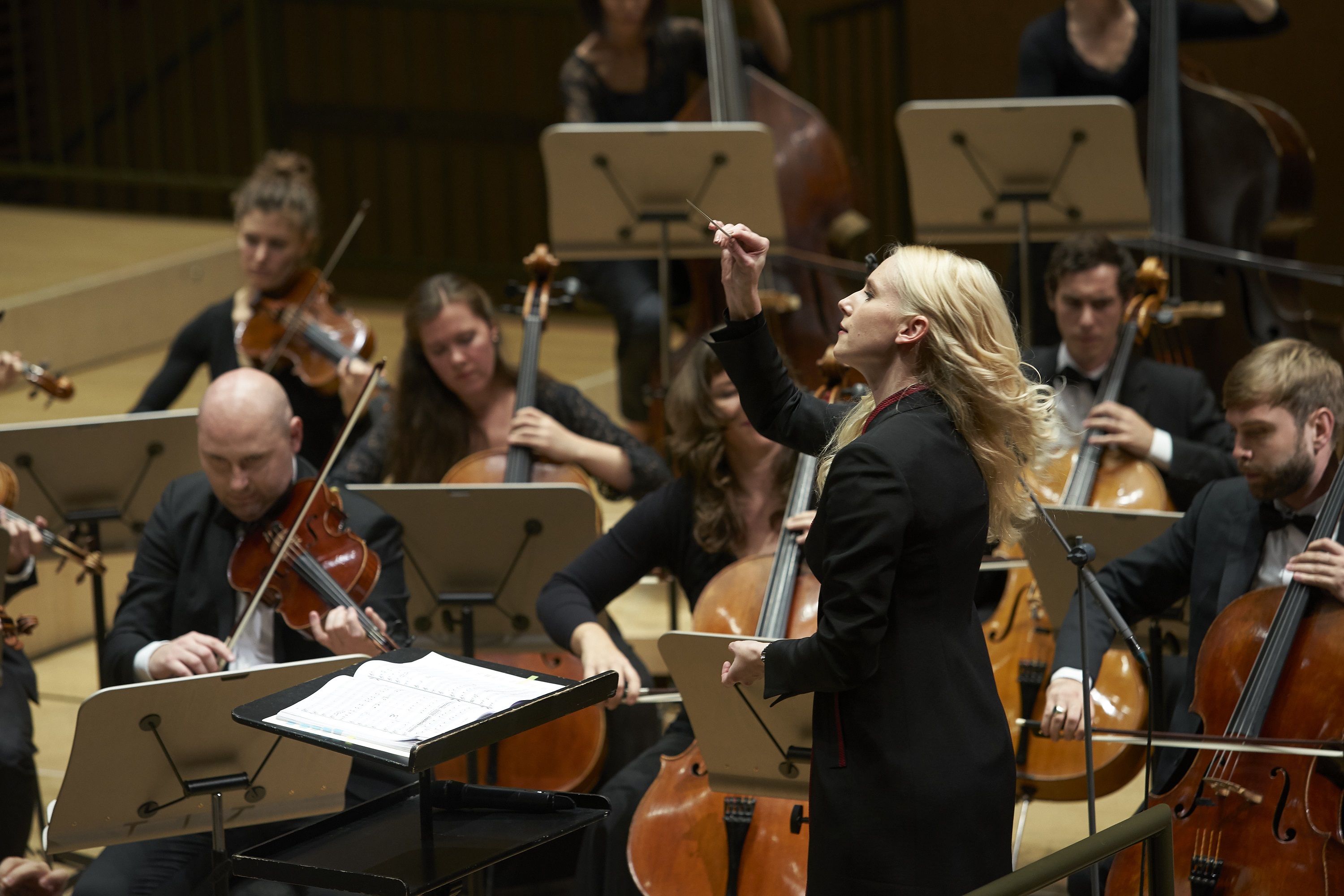 As the new resident orchestra of the Andermatt Concert Hall, the Swiss Orchestra will continue to combine surprising works of Swiss symphonic music with famous highlights by well-known classical composers. The orchestra will be accompanied by renowned soloists. Members of the orchestra will also be performing in chamber music concerts.

Starting 1 January 2022, the Swiss conductor and musicologist Lena-Lisa Wüstendörfer will take over the concert business of Andermatt Music on behalf of Andermatt Swiss Alps. Thus, concerts in the alpine concert hall will be held all year round. Andermatt Music aims to position itself both as a magnet for classical music fans and guests from around the world as well as a cultural meeting point for central Switzerland. The new artistic strategy, with a programme on three levels, is designed to run for at least five years.

In addition to the performances of the resident Swiss Orchestra, a new platform for local music creation will be provided. This includes performances by outstanding ensembles from the canton of Uri or classical family concerts. The second programme level also includes the "Young Artists" format that continues to promote young artists. The third level aims for topclass international orchestras, conductors and soloists that will perform in Andermatt and carry the reputation of Andermatt Music out into the world.

Samih Sawiris, investor and Chairman of the Board of Directors of Andermatt Swiss Alps AG, is pleased: «As a music lover, I am happy that with the Swiss Orchestra we gain a resident orchestra for the Andermatt Concert Hall. With Lena-Lisa Wüstendörfer, a female conductor will be at the helm of Andermatt Music from 2022. She knows how to build musical bridges like no one else.»

The current director team from England will be responsible for the existing programmes until the end of 2021. Maximilian Fane, Roger Granville and Frankie Parham carried out important development work setting up Andermatt Music.

Lena-Lisa Wüstendörfer is Musical Director of the Swiss Orchestra and an internationally sought-after guest conductor. She stands for concert programmes that are off the beaten track. Born in Zurich in 1983, Lena-Lisa Wüstendörfer studied violin and conducting as well as musicology and economics in Basel. She deepened her studies with Sylvia Caduff and Sir Roger Norrington and was assistant conductor to Claudio Abbado. Her doctorate in musicology also predestines her to do pioneering work in the revival or development of forgotten or unknown repertoires.

The Swiss Orchestra was founded in 2018 by Lena-Lisa Wüstendörfer and is dedicated to Swiss symphonies. Popular works by great classics are juxtaposed with lesser-known but qualitatively excellent symphonic works by Swiss composers. The orchestra is composed of professional musicians of the younger generation. First-class instrumentalists from prestigious symphony or chamber music ensembles. The Swiss Orchestra views itself as an orchestra for all of Switzerland and will continue to go on tour in the future. In its new function as the resident orchestra, Andermatt will serve as the starting point for national tours.

The Andermatt Concert Hall was designed by Studio Seilern Architects under the direction of Christina Seilern and built by Andermatt Swiss Alps and BESIX, Belgium. The concert hall stands in front of an impressive panorama, provides an intimate atmosphere with 650 seats and has an exceptionally flexible stage with space for a 75-piece orchestra. The concept and acoustics for the concert hall were designed by Kahle Acoustics and dUCKS scéno, who also designed the Philharmonie de Paris.