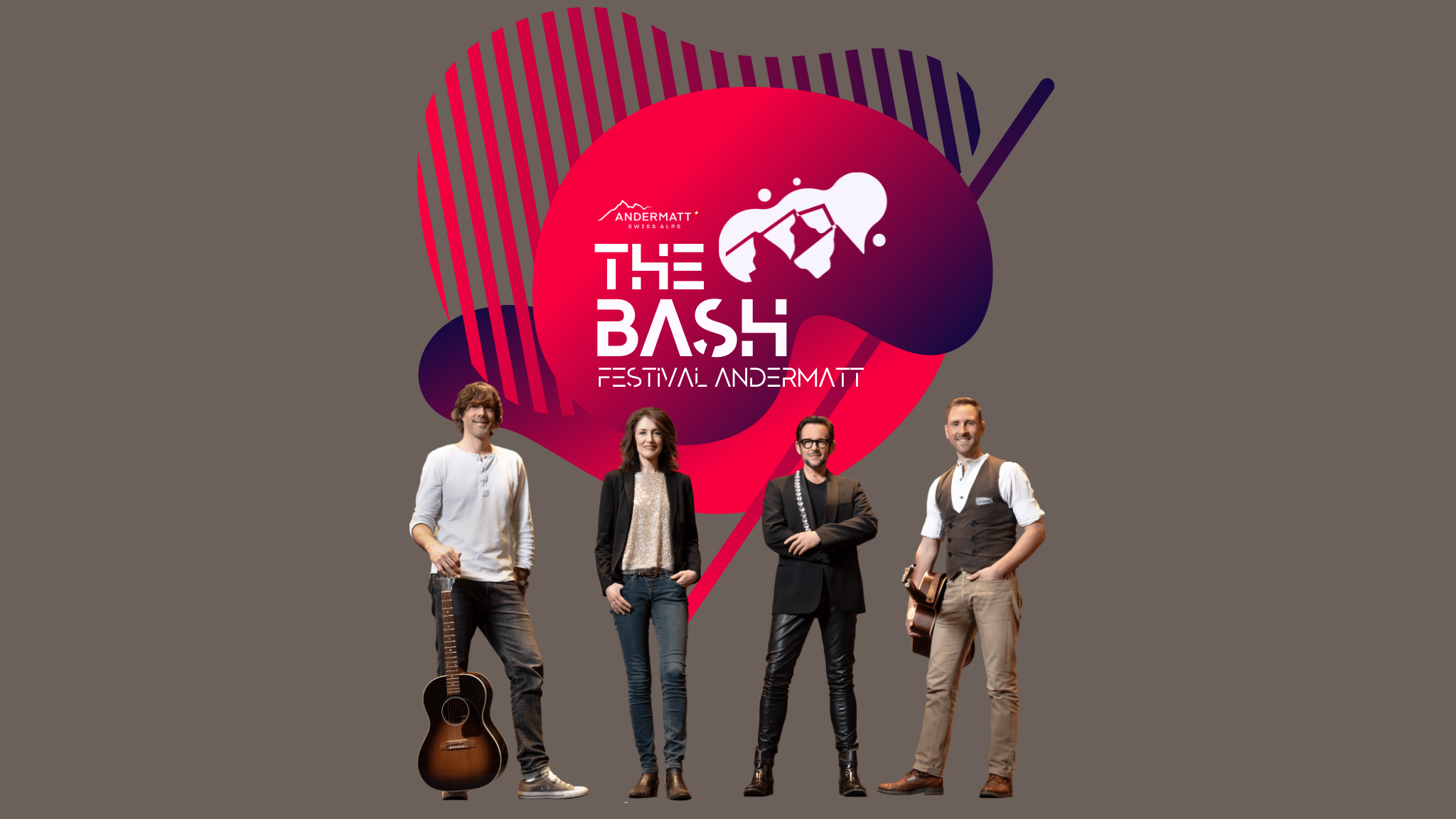 Advance ticket sales for The Bash, the new festival in Andermatt, open on July 5. On Friday and Saturday, September 17 and 18, the four Swiss stars Adrian Stern, Sina, Kunz and Michael von der Heide will be presenting various music acts and four master classes.

All ambassadors will be bringing a newcomer with them: Martina Linn, Andryy, Zian and Helen Maier & the Folks. On Friday, September 17, the stage of the Andermatt Concert Hall will belong to these four next-generation stars. On Saturday, September 18, the up-and-coming artists will be appearing during the day at select locations in Andermatt for half-hour showcases.

The highlight of the festival will take place at the Andermatt Concert Hall on Saturday evening, September 18. All artists will be together on stage as part of an all-star night. The musicians will be accompanied by the Central Switzerland string orchestra Four Forest Strings with the Uri concertmaster Alexandra Bissig. The concert will feature the greatest hits, which have been compiled and arranged specially for this festival.

Tickets are available on the website www.thebash.ch. Advance sales start on Monday, July 5. In addition to tickets for the concerts, tickets can also be purchased for the master classes with Adrian Stern, Sina, Kunz and Michael von der Heide.