The history of Andermatt sounds like a fairy tale: An Egyptian investor arrives as a consultant at a crisis-stricken mountain village and decides to launch a major project. A few years later, ground is broken on a five-star deluxe hotel and an 18-hole golf course.

In February 2005 Samih Sawiris visited Andermatt for the first time – at the invitation of the Uri government. The partial withdrawal of the military had left the mountain village in a depression. There was a lack of work as well as contemporary offerings expected of a tourism destination. The hope was the visionary Sawiris would provide advice on the plan to put Andermatt back on the tourism map. 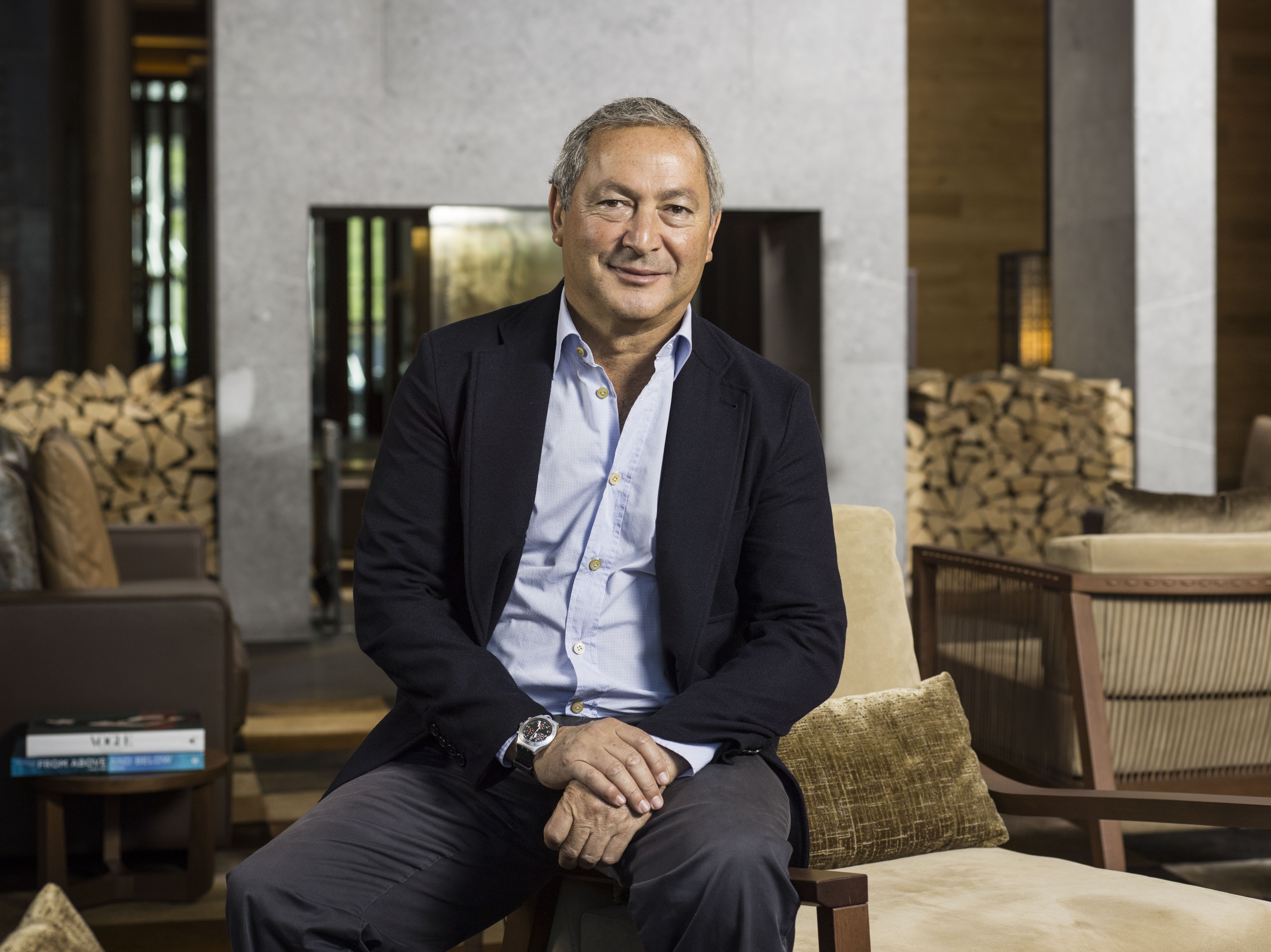 The first time I came to Andermatt, I made a discovery: the genuine natural beauty of a Swiss mountain village in the middle of the Alps. And I was thrilled – not just by the Andermatt village but by the entire valley.

Sawiris immediately realised that the scenic, easy-to-reach valley had a wealth of untapped potential. However, the mountain village had limited resources, so Sawiris presented his vision to the citizens of Andermatt: Six hotels, 42 apartment buildings, a large golf course, and an upgraded ski resort. Two years later, 96% of the citizens voted in favour of rezoning to allow the major construction project to go forward. The cornerstone was laid for the creation of the village quarter of Andermatt Reuss. The first construction equipment arrived in September 2009, and the first hotel, The Chedi Andermatt, opened in December 2013.

From vision to village quarter

A lot has happened since then: Andermatt Reuss has its own village square, named Piazza Gottardo. Fourteen apartment buildings have been completed and are occupied, two are under construction and more in the planning stage. The Radisson Blu Reussen with its attractive concert hall is also in operation. As planned, Sawiris also invested in the ski resort, modernising and expanding the SkiArena Andermatt-Sedrun and creating a permanent link between the two locations. With the Andermatt Swiss Alps Golf Course, Andermatt has become a year-round destination. The Scottish-like course is more than six kilometres long and meets international tournaments standards.